HUGE EVENT to HELP SAVE the UAG!!! 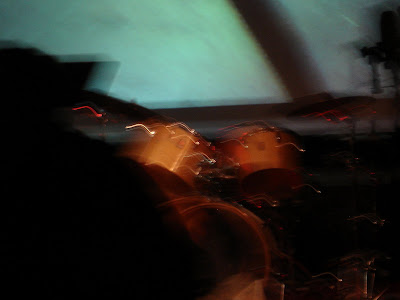 JOIN US FOR THIS INCREDIBLE EVENT!!!

To help save the Upstate Artists’ Guild, an essential resource for the Capital Region’s art and music scenes, the Albany Sonic Arts Collective (ASAC) is proud to present a showcase event, featuring an array of local performers in the Albany area’s improvised and experimental music world. Now in its 5th year of programming exciting and innovative music in the Capital Region, the Albany Sonic Arts Collective wants to officially thank and give back to the Upstate Artists Guild, which has so generously helped support and develop the local music community.


All donations at the door, and all proceeds from merchandise sales will benefit the Upstate Artists Guild!! Special raffles/doorprizes too!

On Sunday January 29th at 4PM sharp, ASAC will present an extravaganza of local experimental music talent in new and fascinating configurations.

* Matt Weston both solo and with Insect Posse

Video projections by 1983 (Jason Cosco) will be displayed during the event.

Facing a financial challenge in the coming year, the UAG is in danger of losing its current gallery space. UAG president Rebecca Schoonmaker Finnen has issued a call for support: “We need to generate a continuous flow of money from as many sources as possible so that our organization can continue to keep a roof over its head.”

ASAC and UAG have worked together since 2007 to provide a regular space for audiences to experience a wide range of musical styles not represented by other area venues. Some of the many memorable performers ASAC has brought to Albany include:
- Sonic Youth’s Thurston Moore
- legendary music critic Byron Coley
- former member of 70s punk pioneers Destroy All Monsters, Ben Miller
- former member of the Cecil Taylor Unit, trumpeter & composer Arthur Brooks
- acoustic guitar virtuoso Jack Rose
- Chinese sound artist Yan Jun
In November of 2008, ASAC and UAG hosted the marathon River of Drone, producing a continuous 12-hour drone of sound.

About the Albany Sonic Arts Collective:
The Albany Sonic Arts Collective (ASAC) is a grassroots organization dedicated to building a thriving community of listeners and performers of music that exists outside of traditional boundaries. The Collective supports a wide variety of music and sonic art forms, with an emphasis on those that stress freedom and exploration of new ideas. Styles include free improvisation, drone, noise, electroacoustic improvisation, electronic music, avant jazz, and many others. ASAC have been presenting regularly since November 2007. The Albany Times Union called ASAC a “sonic bright spot” of the Capital District arts scene. In 2011 ASAC celebrated the 99th birthday of composer John Cage, with 99 consecutive performances of Cage’s seminal “silent” composition 4’ 33” followed by an evening length performance of Cage’s music.