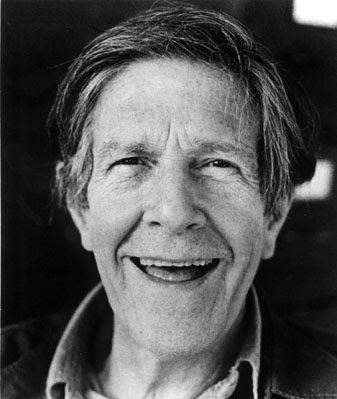 The Arts Center of the Capital Region is pleased to partner with Albany Sonic Arts Collective to present a celebration of John Cage, one of the most influential American composers.

John Cage, one of the most influential American composers, was a man so ahead of his time, that it is only appropriate to celebrate his centennial on his 99th Birthday. The occasion will be celebrated with 99 consecutive performances of his classic work for silent musicians, 4’33”, played by members of the community throughout the day on Saturday, September 10th. In addition, artists will perform John Cage’s music and writings at an 8PM concert.

We need your help to play all 99 performances of 4′33″! If you would like to participate, please email cage91011@gmail.com to reserve a time slot. Participants are welcome to bring their own instruments or use The Art Center’s piano.

The free ongoing performance of 4’33” will begin at 9AM in The Arts Center lobby and continue until approximately 6PM. The concert, which begins at 8PM, cost $10 for members of The Arts Center and Albany Sonic Arts Collective, and $12 for general admission.

Posted by Albany Sonic Arts Collective at 6:00 AM No comments: 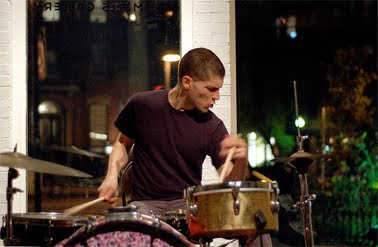 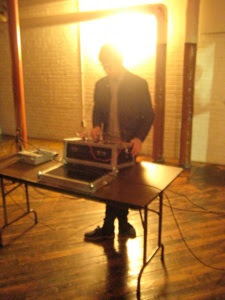 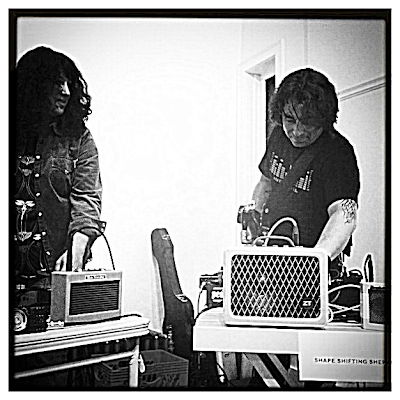 Sunday 8/21 at the UPSTATE ARTISTS GUILD

NOT THE WIND NOT THE FLAG

More info on the performers:

ELI KESZLER is a composer/multi-instrumentalist based in Providence, Rhode Island. He primarily uses percussion, bowed crotales, guitar as well as invented instruments (his harps which use strings and motors) to create his sound that balances droning harmonics with shattering acoustic sustain and fast, free rhythm, all working in balance with his integrated installations.

He has toured internationally finishing a 6-week European tour in December of 2009, performing at Colour Out Of Space Festival in Brighton England as well as Sound-Body-Movement in Ostrave in the Czech Republic. In addition to performing over 25 other gigs in England, France, Spain, Italy, Slovenia, Switzerland, the Netherlands and Serbia.

"Perhaps it’s merely personal, but I’m deeply moved by many of the aural and visual elements present in Eli Keszler’s music. This new LP, on the venerable ESP-Disk label, is a new high, a work of art that is as conceptually strong as it is well executed. Combining explorations of musique concrete and machine music with a sure compositional ear, and incorporating subtle elements of free improv, “Oxtirn” creates some extraordinarily unique and compelling musical architecture." Foxy Digitalis 9/10


BENJAMIN NELSON is a Boston based electronic musician. Performed primarily on modular synthesizer, Nelson’s music is focused on reduction and detail, using long forms and slow development, gradually revealing inner rhythmic oscillations and shifting overtones. While informed by many classic minimalist traditions, Nelson seeks to overcome the sterile and anti-emotional trapping often associated with such music. Personal as process.

Benjamin Nelson is also a co-curator of the Non-Event concert series. He has performed throughout the US and Europe sharing bills with a wide variety of acts such as Giancarlo Toniutti, C Spencer Yeh, Whitehouse, and others. New recordings are due out this summer on Intransitive Recording’s Songs From Under The Floorboards, and Keith Fullerton Whitman’s NO label.

SHAPE SHIFTING SHEPHERDS delve into many realms of sonic exploration. Since 2002, they have made hundreds of live and studio recordings utilizing electronic and acoustic instruments modified by an array of analogue and digital effects, tape loops, samples, stompboxes, and rhythms. They tailor every performance to adapt to each venue often using visual elements.

From Canada, dynamic duo Colin Fisher and Brandon Valdiva work as Not the Wind Not the Flag. Together, they deliver improvisational music inspired by everything from free-jazz to post-hardcore to the folk traditions of Bali and West Africa.

Posted by Albany Sonic Arts Collective at 1:21 PM No comments: