More information on the performers:
The Synapse Brothers fuse together elements of electroacoustic music with improvised jazz and funk. Bob Gluck on the keyboard and electronics and John Myers playing guitars and MIDI-guitar will play live. They will be virtually accompanied by sound designer Pat Gleeson’s (Herbie Hancock, Charles Earland, Apocalypse Now) lustrous beats and sounds. Bob is well known for his presence on the local jazz scene. His repertoire spans jazz performance both acoustic and with electronics and free improvisation, avant-garde concert music and music for electronic expansions of acoustical instruments, including the ram¹s horn, Disklavier (computer-assisted piano) and Turkish baglama saz. Bob Gluck is Associate Professor of Music and Director of the University at Albany Electronic Music Studio. John Myers directs the jazz program for Bard College at Simon's Rock, in Great Barrington, MA.

Matt Weston has recently relocated to Albany, and we couldn't be luckier to have such an incredible musician in our midst. Matt plays percussion and electronics, and has performed throughout the US and in Europe. He has appeared on CNN, VH1, and CBS TV. He has studied and/or collaborated with Arthur Brooks, Bill Dixon, Kevin Drumm, Milford Graves, William Parker, Jack Wright and others. He has recorded for the Tautology, Sachimay, Breaking World Records, Imvated, Crank Satori, BoxMedia, and Drag City labels. He currently records for the new 7272music label. In addition to his solo work, Weston is a member of Barn Owl (with guitarist Chris Cooper and bassist Andy Crespo); and is guitarist with Thrillpillow (with guitarist/vocalist Plum Crane, bassist/vocalist Maggie Nowinski, and drummer James Z).

Matt Davignon is an experimental musician living in Oakland, California. Since 1993, he has developed his own unique style of music, which focuses largely on textures, arrhythmic patterns and musical imperfections. Since 2004, he has been working almost exclusively with a drum machine. Instead of using it as a rhythm device, he plays the pads manually while processing the sounds through an array of effects devices and samplers, improvising music made of organic-sounding textures, hums, gurgles and crackles. Matt is also a member of the Crank Ensemble, and is the founder of the Pmocatat Ensemble. He's active in organizing experimental & unusual music performances in the San Francisco Bay Area. In addition to being responsible for such events as The San Francisco Found Objects Festival, and regular DroneShift concerts, he’s one of the curators for the Luggage Store Gallery Experimental Music Series.


Other upcoming ASAC-related events, also at the UPSTATE ARTISTS GUILD on 247 Lark St. in Albany:

SEE YOU THERE!
Posted by Albany Sonic Arts Collective at 6:29 AM 3 comments:

All photos by Bryan Thomas - thanks! 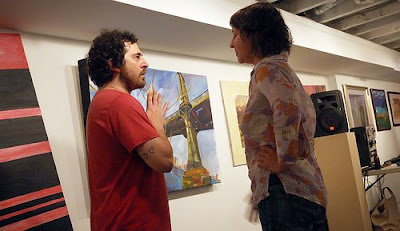 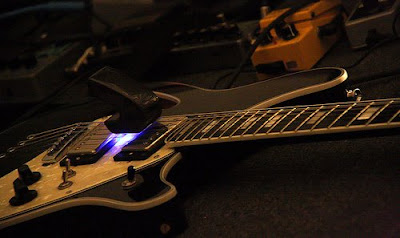 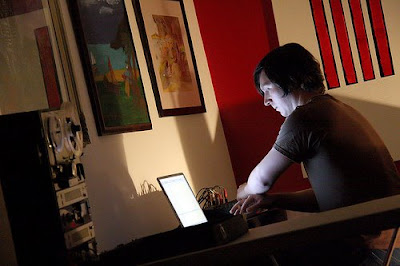 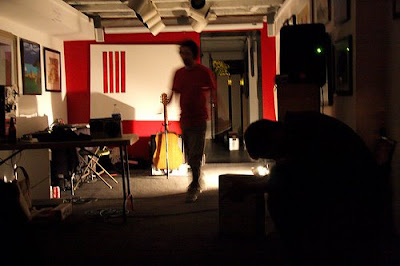 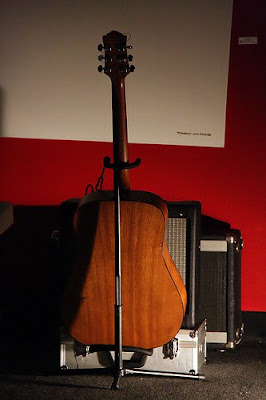 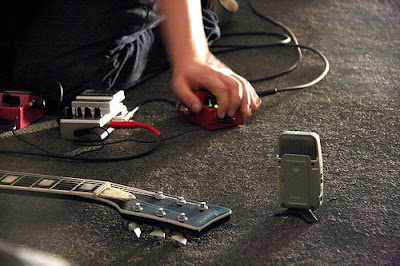 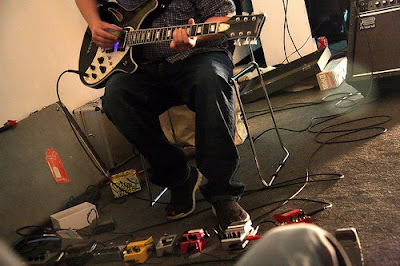 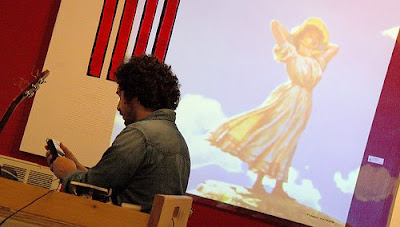 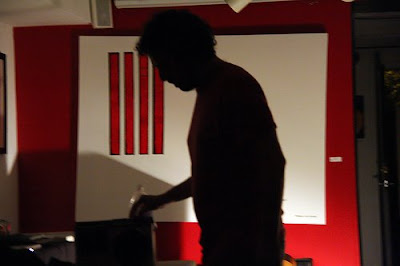 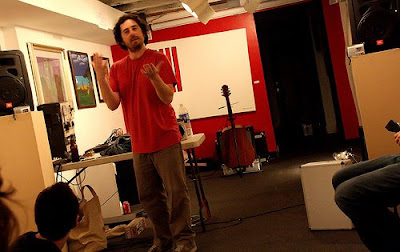 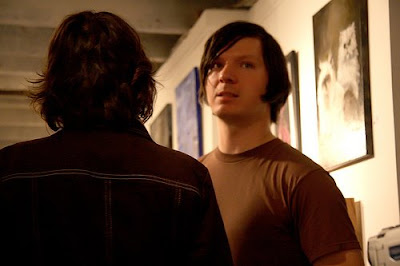 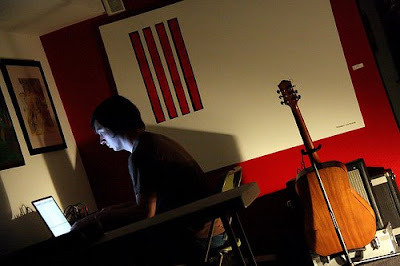 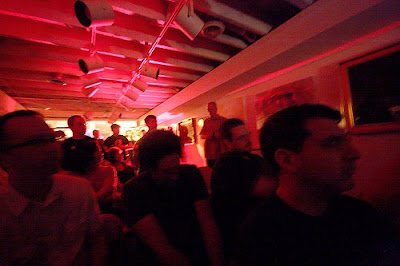 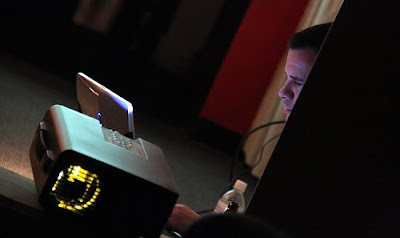 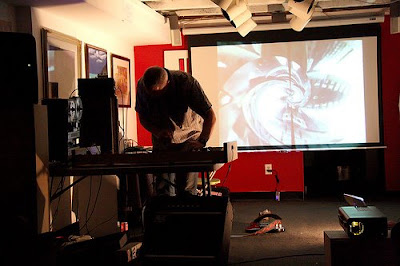 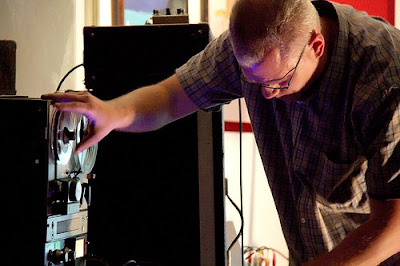 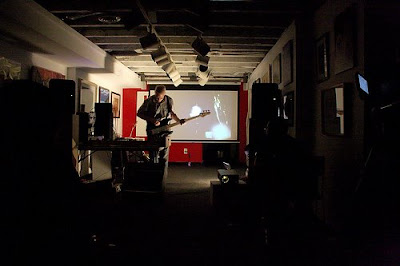 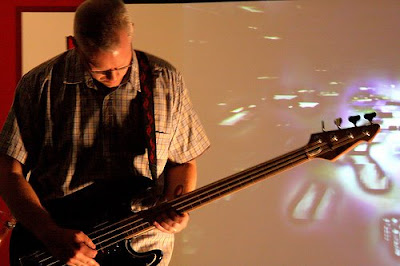 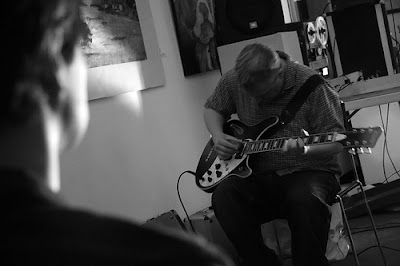 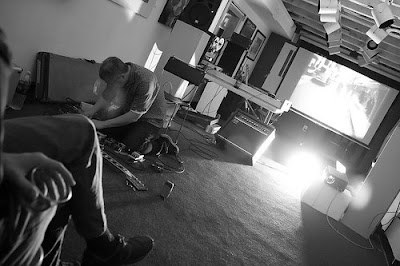 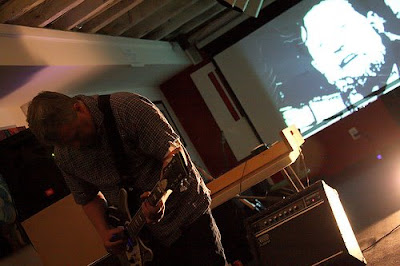 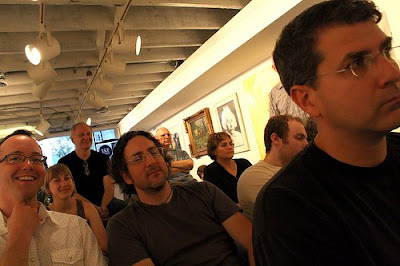 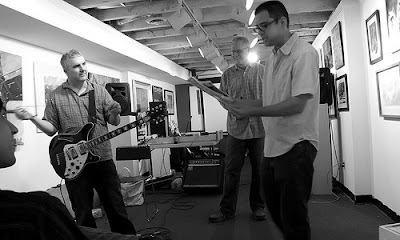 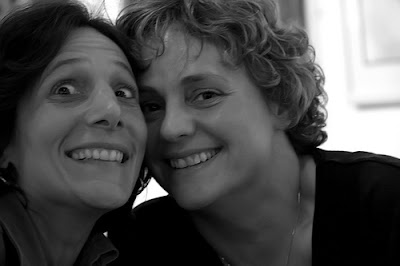 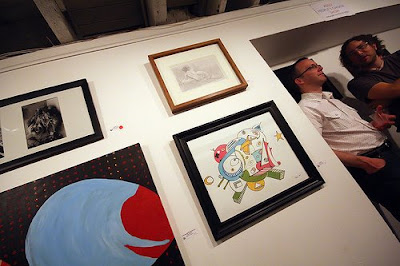 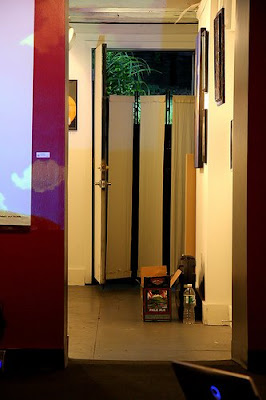 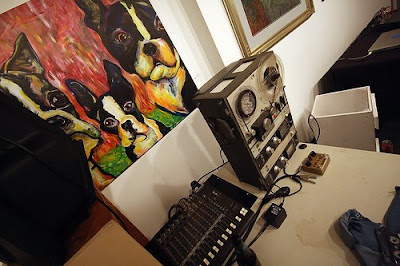 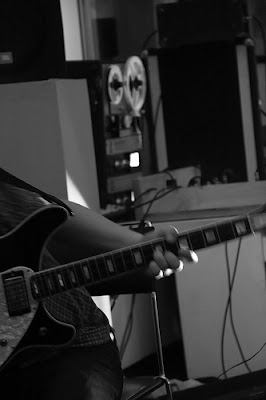 Just announced... Now you can spend both weekend nights at ASAC on Friday June 19th (TAPE CHANTS, see post below for details), and Saturday June 20th (SUBLIME FREQUENCIES, see below). We'd love to see you twice of course, and both of these nights are going to be spectacular. Both are rare local opportunities to see high caliber traveling musicians and filmmakers. See you there!!

Albany Sonic Arts Collective is proud to present a night of film screenings, rare and unusual 78rpm records from around the globe, presentation, and discussion, featuring:

Rare and unseen Sublime Frequencies (www.sublimefrequencies.com) films will be screened, with the director in attendance (so you can blame him!)

INDIA AT 78rpm
Folk and classical music in India through the lens of the largest private collection of 78rpm records and dusty ephemera on the sub-continent.

MY FRIEND RAIN
Decay and rebirth and death through the endless Asian monsoon cycle. A collage of musical segments and tropical ambiance from Robert Millis and Alan Bishop.

Hope to see you all there - email albanysonicarts@yahoo.com with any questions...
Posted by Albany Sonic Arts Collective at 6:58 AM 5 comments: